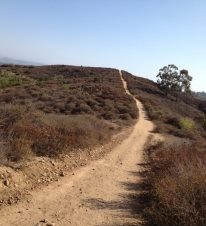 As we reflect on 2012, and think about our personal and professional goals for 2013, here is a question to ponder:

What if next year is your last?

I know that sounds a bit morbid, but, hear me out.

I just heard about someone (a friend of a friend) who found out that he has a brain tumor. It is aggressively metastasizing, and even with surgery, chemo, radiation, etc., he probably only has one year to live. And, with all of the treatment regimens, and their various side effects, he really won’t have very many days in the coming year to do what he wants.

So, what if next year is your last year on Earth? What would you plan to do with your year? What is the first image that popped into your head when you read that question? 365 precious days…

As far as we know, human beings are the only inhabitants of the planet that understand and can contemplate their own mortality. We are the only ones that can conceive of, or visualize, a world without us. Nearly every living thing has an instinctive drive to prolong its life. But, human’s drive for life goes way beyond mere instinct. We go through each day knowing there is an eventual end, as much as we may ignore it.

Thought about what you would do in your final year yet?

There is no right or wrong answer to this question. The answers vary for each person, and depend on what they’ve done in their life, how connected they are with their family and friends and their sense of whether or not they have lived a fulfilling life (by whatever definition they want to use). Notice I didn’t mention that it depended upon the person’s age? Whether a person is 30, 50, or 90, facing the final year question leads ultimately to their definition of a fulfilling life.

By my own definition (the only one that counts), I’ve had an extremely fulfilling life to this point. The first image that pops into my head is that of my wife and kids, and how my departure would impact them. I really don’t have a list of things that I’d have to accomplish if this were my final year to add that last bit of fulfillment.

This doesn’t mean I don’t have big goals and ideas of what my future should hold (a future that would be cut short if this were my final year). One of my goals is to write more, and post what I’m writing to my own blog site.

I think a post asking the reader to ponder his or her own mortality and their personal definition of a fulfilled life is a fitting place to start. I hope you will agree, and that you will continue to stop by and check out my latest posts.