It was like a perfect slice of the sun walked in the room.

Bingo changed my life.  The Alamitos dorm held their annual bingo tournament in the Commons, and a friend told me I should go.  Sounded like fun to me.  What else was a college freshman to do just weeks before final exams?  But, we’d have to wait a few minutes for one of his friends who’d be joining us.

She can shop all over town, turn the gift shops upside down.
Finding something for her man with everything.

I noticed her eyes first.  Then her smile.  It was like a perfect slice of the sun walked in the room.

“Bob, this is Janet.  She lives in the girl’s wing on our floor.”  Suddenly, words were a little hard to find.  “She’s a CIS major too,” he said, breaking the silence.  Talking about your major was always a good ice breaker.

But it’s right behind her eyes and no matter what she buys
She’ll always be the finest gift she brings.

Playing bingo is similar to a movie from a first date perspective.  There’s not a lot of time for chit chat.  Not that this was a date.  After all, we just met.  I was starting to string words together again, just barely.  This was the one person who would change my life forever, but this was also bingo.  It all about the numbers.

I wasn’t thinking about anything except how to see her again.  Then it happened.  I got a BINGO!  The prize?  A week’s membership at the Jack LaLane Health Spa.  That was nice, but didn’t get me closer to seeing Janet again.  Lucky for me they had more memberships to hand out.  A few games later, with one of the memberships on the line, I could see that Janet was close to having bingo.  How awesome is that?

Every year it’s never missed, should be at the top of every list.
It can never be outdone, it’s the perfect gift for everyone.

I’m sure I was the most excited person in the room when Janet yelled, “BINGO!”  We had matching membership envelopes!  This was my opening.  We were only three or four weeks away from the end of spring quarter.  We’d be moving out of the dorms for the summer…Janet wouldn’t be living just down the hall.  I had to move fast.

It’s in everything you’ll see, scattered underneath our tree.
You can hear it in the carols that we sing.

The details are a bit fuzzy for me as I think about our visits to Jack LaLane’s.  I do remember sitting in the Jacuzzi (I presume, after we had done our workouts).  The more I talked with Janet, the more I knew she was THE ONE.  And yet, I only had a few weeks.  The abyss of summer break was fast approaching.  I had to stay focused, which was impossible whenever I was around her.

It’s the heart of love’s design and it appreciates with time.
And she’ll always be the finest gift she brings.

We had a small convoy of cars that night.  I couldn’t believe I was in the passenger seat of Janet’s convertible as we approached the observatory.  This was like a date, but not quite.  We were part of a big group.  Everything was closed at the observatory (college students work the late schedule), but we walked around the grounds and checked out the stars for quite a while.  I remember how the lights reflected off Janet’s eyes more than anything else.

Our road trip wasn’t over.  We stopped at a Tommy’s Burgers on the way back.  My first chili burger, on my first (almost) date with Janet.

Every year it’s never missed, should be at the top of every list.
It can never be outdone, it’s the perfect gift for everyone.

Only six weeks later, we were in my parent’s Toyota 4×4 pickup, following my family down to Gonzaga Bay in Baja…about 100 miles south of San Felipe.  Why not go to the middle of nowhere in Baja, off road, with this (awesome) guy you met playing bingo?  Janet is an adventurer, to say the least.

Now it’s not in any store and she could never give me more
Then her promise of the finest gift she brings.

Three years later, we shared our first Christmas as a married couple. 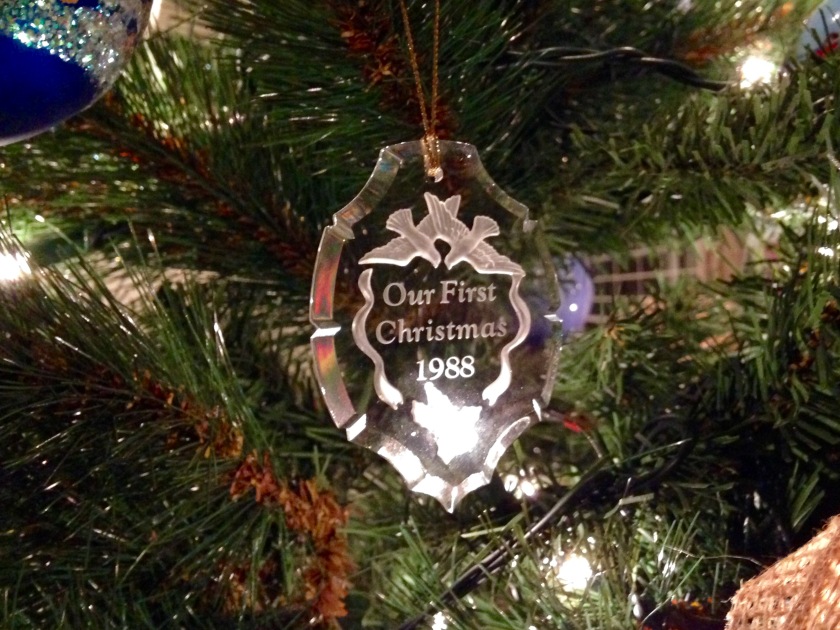 Our adventure continues to this day.

The finest gift is truly the one I receive every day (including Christmas).

I know her love’s the finest gift she brings.

Clint Black sure got it right:  http://youtu.be/wGe96bEL7B8

4 thoughts on “The Finest Gift”